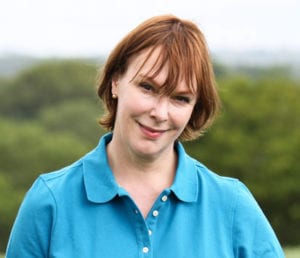 I’ve also run a short-lived start-up (my own), helped authors self-publish and handled freelance publicity campaigns (including for the late Michael Winner).

In 2008 I moved to Shropshire and kept in touch with publishing through helping authors self-publish. I also held a series of seminars for The Society of Authors called ‘How to Sell More Copies of Your Book’. In 2017 I was commissioned to write a book about Twitter, which gave me valuable insight into the reality of working as an author.

Publishing aside, my time in Shropshire saw me combine charitable fundraising with country pursuits.

I organised The Henley Event to raise money for the refurbishment of the Ludlow Assembly Rooms, and started the restoration of Henley Hall’s Gardens, which then reopened to the public for the first time in 70 years.

My latest projects are to continue my late husband’s arable reversion and to experiment with companion planting.

I subscribe to Permaculture and the Spectator, am a Brexit-supporting Francophile, and enjoy urban and country life in London and Shropshire