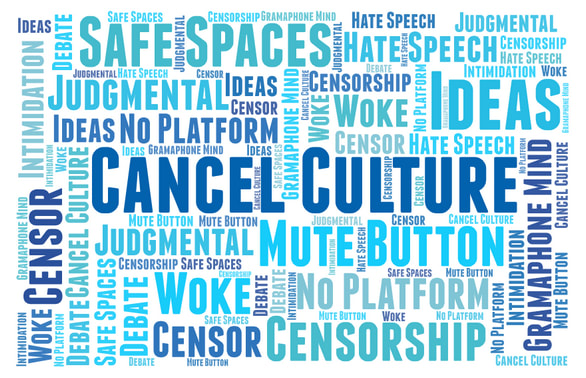 When I started out in publishing, newspapers devoted real space to book reviews, publishers took their A-list authors out to lunch at The Ivy, and social media was considered a daring new invention.

Commissioning editors were free to choose books. Yes, you needed ‘buy-in’ at acquisition meetings, but from heads of sales, rights and marketing, not from junior assistants.

It would have been something of a Bateman moment to have had juniors refuse to work on books. You took the rough with the smooth, authors with halitosis along with those who brought doughnuts for the publicity department.

Had anyone predicted that Richard Dawkins would be no-platformed by a university (Trinity College Dublin), I would have snorted with derision.

We’ve since seen a complete turnaround.

Public debate has taken a whole new direction. Social media sites facilitate the instant spread of speech. But as the user base has grown, so has its power. A good servant maybe, but a bad master.

When JK Rowling was vilified on Twitter for her comment about ‘people who menstruate’ being, in fact, women, her publishers, Hachette, stood up to employees who objected to being asked to work on her new book, The Ickabog.

She also received celebrity support, The Sunday Times reporting that:

The actress Frances Barber and the playwright Tom Stoppard are two of the 58 signatories to a letter which says that JK Rowling is a victim of ‘an insidious, authoritarian and misogynistic trend in social media’.

I admire the signatories for putting their heads above the parapet to face the Twitter mob, and Hachette for standing up to staff. ‘Freedom of speech is the cornerstone of publishing,’ they said, with unintended irony given that the same group cancelled plans to publish Woody Allen’s memoir after protests.

Unfortunately, not all authors receive the support that Rowling did.

Gillian Philips, a longstanding HarperCollins author, was dropped overnight for backing Rowling through the hashtag #IStandWithJKRowling.

This is just one example of the thuglike movement whose self-appointed witchfinders stifle debate.

What we would all benefit from is a return of some good old-fashioned vices including studied indifference and high-handed dismissal. If somebody at a junior level says they feel unsafe because something will be published with which they disagree, the CEO should say: ‘Well, I think our company is unsafe with someone so dim in our employ. Your veto does not work here. Bog off.’

If the corporate giants won’t stand up for authors against this new McCarthyism and organisations such as PEN are selective in whose rights of free speech they support, it’s up to the independents.

To quote my latter-day hero, Piers Morgan, on the Rowling debate:

When I go into a bookshop, I expect to be confronted by all sorts of books containing views I don’t agree with, by authors I personally despise. We live in a democracy, not a woke totalitarian state.

Where publishers such as HarperCollins are wrong is in thinking that by sacking or cancelling an author, the problem will go away. It won’t.

Similarly, universities have safe spaces, and Twitter now allows its users to ‘mute’ Tweets ‘that contain particular words, phrases, usernames, emojis, or hashtags’. But the more we’re protected from opposing views, and dissent is dismissed with slogans such as ‘hate speech’, the less resilient we become.

With offence now legally in the eye of the beholder, the annexation of books, programmes, performances and, indeed, jokes will continue.

From Fawlty Towers to Animal Farm to Little Britain, popular culture has been edited to avoid offence. And no doubt Shakespeare’s plays will soon either be bowdlerised or include prominent warning signs – along with the Bible.

Even where books fight their way through censorship, they can be denied the oxygen of publicity by the escalating no-platforming.

Objecting to the practice, as long ago as 2014, journalist Sarah Ditum wrote in the New Statesman:

No platform now uses the pretext of opposing hate speech to justify outrageously dehumanising language, and sets up an ideal of ‘safe spaces’ within which certain individuals can be harassed. A tool that was once intended to protect democracy from undemocratic movements has become a weapon used by the undemocratic against democracy.

When it’s not just the Rod Liddles of this world who are targeted, but authors as wide-ranging as Germaine Greer, the Guardian’s Suzanne Moore and Brett Easton Ellis, to name but a few, publishers should heed the warnings.

As Murray said: ‘Free speech is like oxygen – you only notice it when it’s starting to run out.’

And as François-Marie Arouet (aka Voltaire) almost said: ‘I disapprove of what you say, but I will defend to the death your right to say it.’

Publishers who turn a blind eye to the no-platforming of authors such as Woody Allen, or who argue that it’s okay to be anti-Jewish because of Zionist policies, are on a slippery slope. Even Robespierre found himself in line for the chop by the end.

And now thrown into the mix we have the Scottish Hate Crime Bill. With vague definitions such as ‘stirring up hatred’, the amended bill could have serious implications on freedom of speech. Could such a bill lead to authors like J.K. Rowling facing jail time or other legal sanction for comments on public platforms?

And the initial Metropolitan Police decision to interview podcaster Darren Grimes (subsequently dropped pending a review of the ‘proportionality’ of the investigation) on suspicion of stirring up racial hatred for his interview with historian David Starkey raises similar questions. As Toby Young, founder of the Free Speech Union, puts it:

In a free and democratic society, it is paramount that journalists and broadcasters are permitted to interview a wide range of people, including those likely to make controversial remarks.

Threatening them with arrest if their interviewees say something offensive will have a chilling effect on free speech, which is the lifeblood of democracy.

But perhaps the real danger is the more subtle one of self-censorship.

In George Orwell’s words: ‘The sinister fact about literary censorship in England is that it is largely voluntary.’

The difference between our private thoughts and public utterances grows wider. Orwell again:

To exchange one orthodoxy for another is not necessarily an advance. The enemy is the gramophone mind, whether or not one agrees with the record that is being played at the moment.

While I applaud the work of organisations such as Academics for Academic Freedom  and the Free Speech Union, our goal should be to make their work redundant.

That is where publishers, agents, authors and their regulating bodies come in.

And where I hope, in a small way, to play my part.